A PDF version of this letter can be dowloaded here.

Ton Pentre AFC are the most successful football club in the history of the South Wales valleys. Welsh League Champions a record 13 times. The past remains in the past, however the future ambition is huge and we need community support to, firstly, survive and then to push forwards and achieve the next level goals we have set ourselves.

In 2016 Ton Pentre AFC became a Community Benefit Society. This means that the football club and its assets are wholly-owned by its supporters. This is a model that is becoming widely recognised across the UK – well known examples being FC United of Manchester, AFC Wimbledon and Chester FC. Ton Pentre AFC are proud to be the first supporter owned club incorporated in Wales. Anyone can become a member and own one annual share. It’s a democratic, accountable and transparent set up.

Our dedicated board are not large in number and additional volunteer support is urgently needed. We have published a 5 year plan to develop all aspects of the club, the ultimate goal being to achieve a return to the Welsh Premier League and, once there, qualify to represent Rhondda Cynon Taff in European competitions once again. Ton Pentre AFC stand alone as the only football club in RCT who have ever represented our region in the top tier and in European competition. If you are interested the 5 year plan can be downloaded here.

Off the field the new board have brought the club a long way. In 2016 the club invested a five figure sum to upgrade the existing floodlights in order to host a live televised match on S4C versus Bangor City in the Welsh Cup. This year we have already financed and built an extension to the spectator stand and installed emergency lighting. This summer we are investing a further five figure sum to improve the drainage and playing surface. All this hard work has resulted in the club achieving a Tier 2 licence from the Welsh FA and secured our place one step away from the Welsh Premier League. 2019 will see a renewed period of change in Welsh domestic football as the league pyramid structure is streamlined and our division is rebranded to a more recognisable term, the Championship. The Welsh FA have exciting plans to promote and develop this new structure and it is critical to our future that RCT and Ton Pentre retains a presence.

The infrastructure investment outlined above has come at a cost. The football club is solvent, it is NOT in debt but cash reserves are now limited. To keep the club competing at the highest level in Wales our plea is that you support us with a volunteer or financial pledge for next season and beyond. There are various options available to you as an individual or as a business. The current board are stretched – we run senior football and a successful youth (U19) side. It’s not over dramatic to say that without additional community support stepping forward the future of the whole club could be at risk with the loss of only one or two volunteers.

Individual – Could you volunteer? We have a range of roles from light touch to intensive that could match your availability. Maybe start small and see how you feel (match day support, playing field or general maintenance, match programme contributor, commercial/sponsorship manager, chairperson, the list is endless and we’d appreciate you sharing the load). Maybe you are a student and voluntary work could supplement your CV or college application? It’s hugely rewarding to give something back and help others. If your time is limited, you could simply support us financially by becoming a member of the community benefit society. Membership packages start from £10 per year (U16’s are free).

Business/Corporate – It is important to recognise our exceptional social media presence and note how coverage is at an all-time high. In addition to helping support a key community asset your company could be getting its message in front of thousands of potential customers. There is a range of potential packages to suit all business sizes or needs. Please see overleaf for more details.

For the avoidance of doubt Ton Pentre AFC football club is a self-financing body. Ton Pentre AFC Social Club (the clubhouse) and Ton Pentre & District Recreation Association (commonly referred to as the Community Centre/Boys & Girls Club) are each separate legal entities with their own volunteers, their own board structures and independent business objectives. Direct support for one is not direct support for all.

The ties between each body are strong, all volunteers talk together regularly as we share use of several facilities – for example, Ynys Park field and the changing rooms in the clubhouse. In our view, if the community is better served by a leaner structure (Together Stronger) then we are open to exploring that idea further. 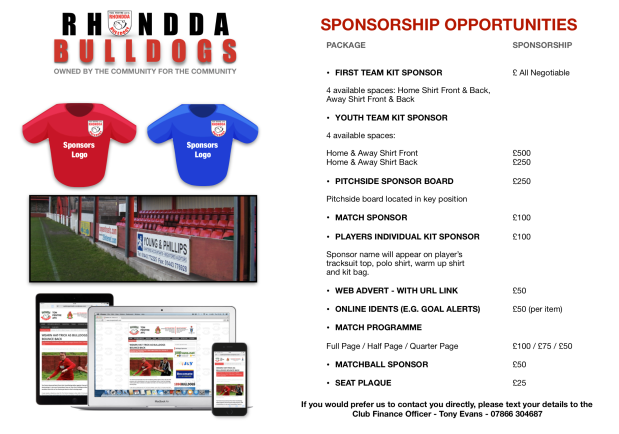 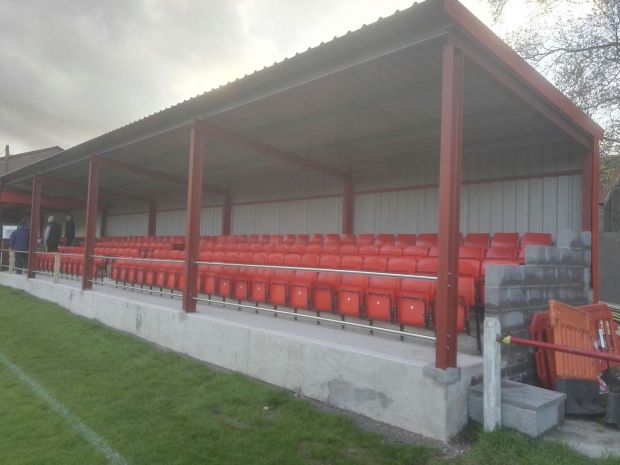 2 Comments on TON PENTRE AFC: AN IMPORTANT LETTER TO OUR SUPPORTERS 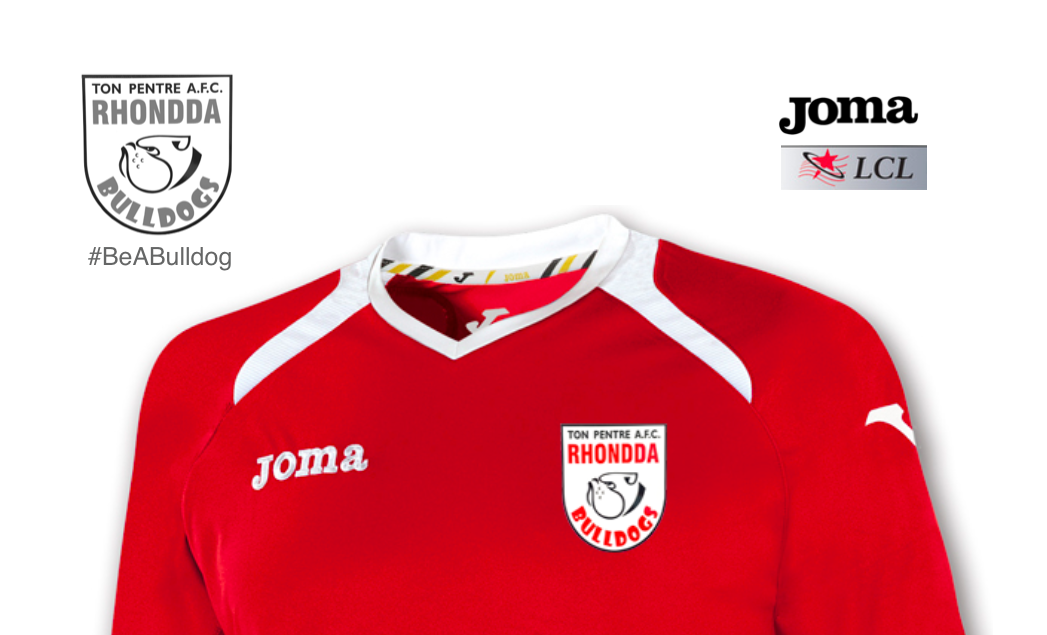